Art
in Concertation
The presence of art in concertation mobilizes, thrills, approaches and sensitizes. It updates the Amazonian imaginary, breaking with stereotypes. To open spaces for artistic manifestations and for the artists is part of the Concertation’s way of being and expressing ourselves, as it allows to connect the technical and the sensitive, showing that this is not only possible, but necessary and urgent. These artistic expressions humanize and land discussions in the territory.

ART IN THE CONCERTATION
april, 2022

At just 12 years of age, the Amazonian Antônio II is already seen as a huge artist. He started painting at the age of four, when he discovered the Parintins Festival universe and found his gift for drawing. Nature is one of the boy's main inspirations. According to him, his influences come from “nature, man's relationship with the Amazon, social issues, the Modern Art Week of 22, musical movements such as ‘tropicalismo’, and other musicians, singers and composers”. Using crayons, acrylic paint, oil and colored pencils in his creations, Antônio is the artist who inspired the Concertation networks' visual identity in April and May.
Visit the artist's website
april, 2022
february, 2022

“My name is Rai, but people in the art scene call me Raiz. I'm a dreamer, but also a graffiti artist, and I use this technique to express my ideas”. This is how Raiz Campos, the artist who inspired the visual identity of the Concertation in February, introduces himself. Born in Bahia, Rai Campos Lucena moved to Vila Pitinga, in the Waimiri Atroari Reserve, inland Amazonas, with his father when he was three months old. He decided to become an artist when he saw a magazine featuring graffiti art, and hasn't stopped since that. His work has been showcased in several cities in Brazil, especially Manaus, where he studies visual arts at the Federal University of Amazonas. His art is fully inspired by the Amazon, a source of endless inspiration.
Visit the artist's website
february, 2022
december, 2021

In December, the Concertation’s visual identity was based on series Colonial Fictions (or pretend I'm not here), by jaguar artist Denilson Baniwa, of Baniwa descent. Born in Rio Negro, inland Amazonas, Denilson's work is the expression of his experience as an Indigenous Being of present times, combining traditional and contemporary indigenous references and appropriating western icons to communicate the thought and struggle of native peoples in different media and languages, such as canvas, installations, digital media and performances.
Visit the artist's website 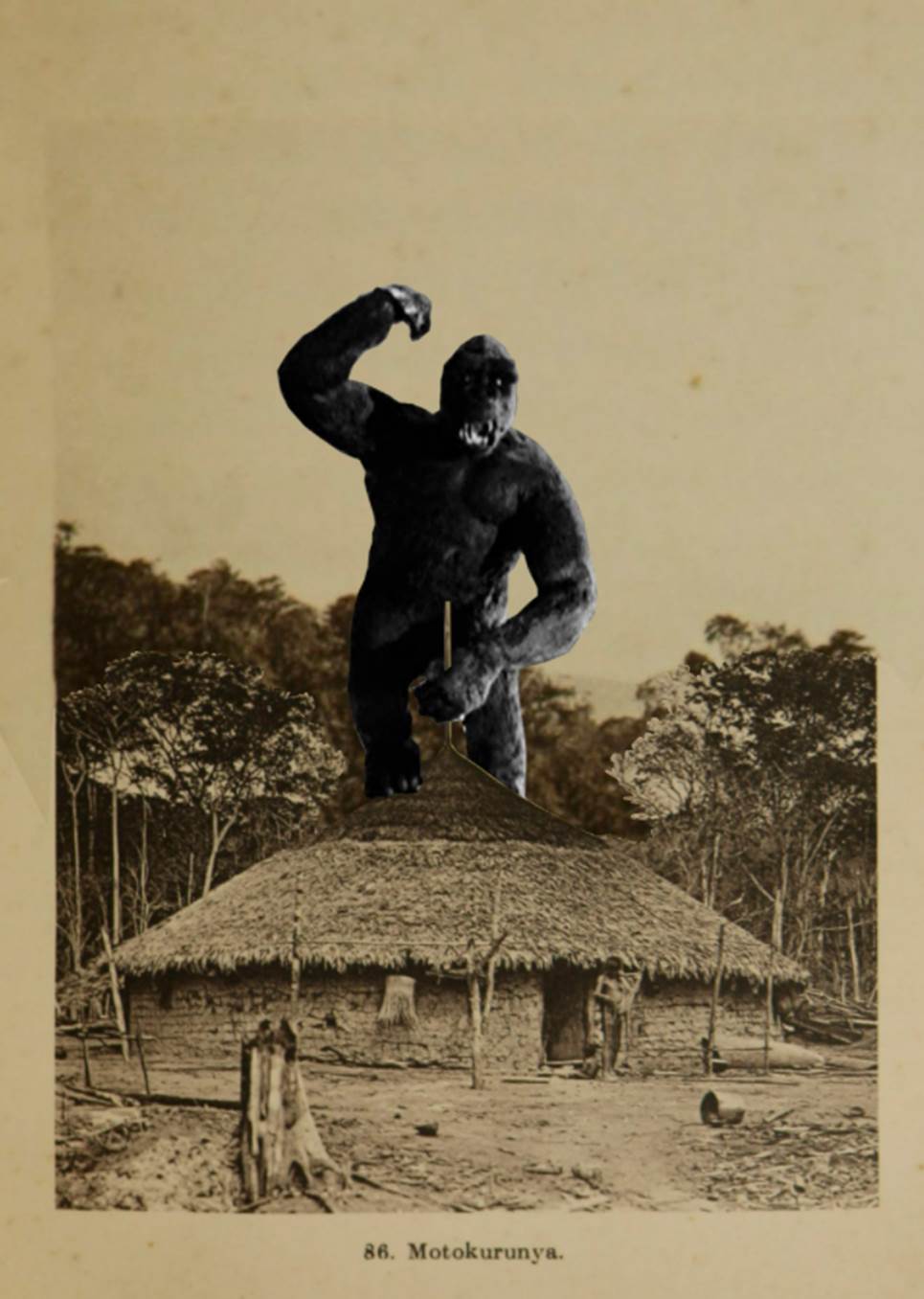 Five artists contributed to the visual identity of the Concertation in October and November: CHERMIE FERREIRA, visual artist of Kokama descent seeking to incorporate her indigenous origin into her works; KAMBÔ, visual artist who combines traditional culture and technology, using immersion to portray the different Amazon regions; PAULA SAMPAIO, photojournalist who created Rotas, which portrays this Amazonian body, with a sensitive look on the daily lives of workers living on the margins of large exploration projects and on the roads of the Amazon; RAKEL CAMINHA, artist whose creations address social and ecological issues related to the female universe in the Amazon; and RUI MACHADO, painter, composer and poet, who sees the Concertation as an opportunity for Brazil to discover Brazil.
october-november, 2021
september, 2021

Rakel Caminha is an artist from Manaus, and her creations talk about social, ecological, and feminine issues. She was with us at the April plenary, and her artwork was again part of the September plenary.
Visit the artist's website
september, 2021
july, 2021

Born in Belo Horizonte, she went to the Amazon with her family when she was still a girl, and in 1982 chose to live and work in Belém (PA). During her degree in Social Communication (UFPa), she discovered photography and chose photojournalism to portray the daily life of workers, mostly migrants, who live on the margins of large exploitation projects and roads in the Amazon, mainly on the Belém-Brasília and Transamazon highways. In her journey, she also collects dreams and life stories of the people she meets on these roads.
Visit the artist's website
july, 2021
june, 2021

Painter, descendant of the original Huitoto and Bora peoples of the Peruvian Amazon. His art seeks to portray man’s connection with nature. His work, of cosmic joy, is inspired by his imaginary, history and ancestry. Some of his works were exhibited during the 5th plenary session of A Concertation for the Amazon.
Visit the artist's website
june, 2021
june, 2021

Directors and producers of the film “A Queda do Céu”, a work freely inspired by the eponymous book by shaman Davi Kopenawa Yanomami and French anthropologist Bruce Albert. The focus of the film, still in the editing phase, is the third part of the book, in which the shaman takes the place of the anthropologist and says what he thinks about the non-indigenous and their society.

The lines captured by David Kopenawa and Salome Yanomami sound like diagnosis, alertness and invitation. So that we turn our attention to the diseases that are brought and are created from the predatory relationship with nature and to another possible way of proceeding. 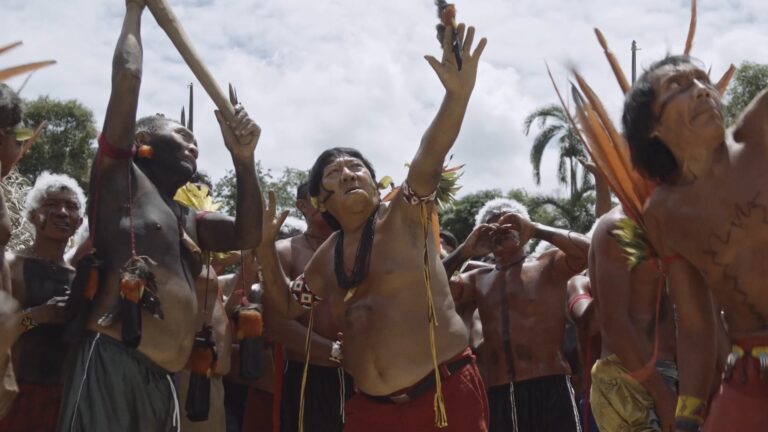 Marcela works as a photographer and visual artist in Porto Velho, Rondônia. A black woman, she dedicates herself to the project (Re)knowing the Black Amazon: black peoples, customs and influences in the forest, in the field of visual anthropology, which deals with the constitution and memory of the Brazilian black population in the Amazon region.

The photographer explains that, before arriving in Rondônia in 2010, her imaginary about the Amazon was restricted to “wild nature, to the Indian, to nothing.” It was in the Amazon that she began a process of awareness about her own identity.
Visit the artist's website
may, 2021
april, 2021

She’s a Manauara artist. Her creations talk about social issues, ecological and pertinent to the female universe and is her sing art of the single Hutukara, from the Amazonian band Marambaya, which opened the plenary in which she participated. Hutukara means “the part of the sky from which the earth was born” and expresses a part of the worldview of the forest peoples.

“Hutukara is like a body where everyone lives, there is no ‘outside’ – everything is exchange, and we need to exchange with nature. Likewise, the Amazon is a reflection of what are the people who live in it, the various interconnected cultures, while it is global”, explains the artist.
Visit the artist's website
april, 2021
march, 2021

Wapichana Artist born in Curitiba, grew up listening to her mother’s stories about her family and the ancestral landscape of the wrought Roraimense. In his work, he reflects on the displacements of indigenous bodies, histories of his people and on the (re)connection with originating territories through art.

In participating in the Concertation debate, he said, “May Mother Earth be recognized and declared a subject of rights, because for us, climate change is nothing more than a cry for help from earth.”
Visit the artist's website
march, 2021
february, 2021

PhD in Literature and Linguistics at PUCRS. Author of “Eu sou macuxi e outras histórias”, book published by Editora Caos e Letras, in 2019. Manages the @leiamulheresindigenas and the YouTube channel ” Literatura Indígena Contemporânea”. She strives to disseminate indigenous authorship literature in Brazil, as a researcher and curator. “Through indigenous literature, from the very enunciation of some names, we get to know some peoples and other indigenous languages. Literature also helps to know the territories.”
Visit the artist's website 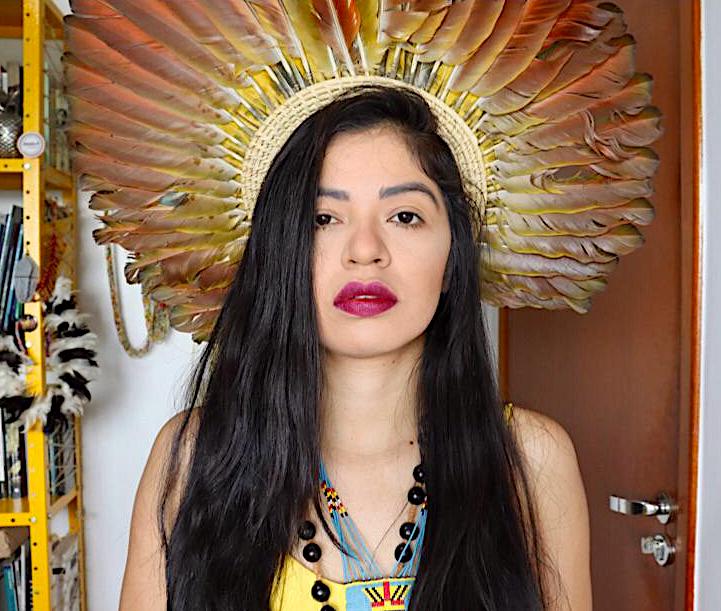 Born in Boa Vista, Roraima, Eliakin Rufino is a poet, singer, writer, philosophy professor, cultural producer and journalist. It is one of the members of the Roraimeira movement – an Amazonian cultural expression considered by social scientists as one of the greatest exponents in the construction of Roraimense identity. Eliakin is an artist of the word. “There’s a lot of talk about the place of speech. I, besides a talking place, I have what to talk of the place. The Amazon is my home, my origin and of my ancestors. There is not yet a listening to the Amazon and we continue to live this attempt to continue to colonize it”.

Painter, composer and poet. It was the first artistic participation in the concertation dialogue space. “Participating in this meeting is an opportunity for Brazil to discover Brazil. I am Amazonian, I was born to an Amazonian mother of Portuguese descent, and Portuguese father. I’m in love with the Amazon and have always painted it long before it became a trend”. When asked about your view on The Amazon, the answer is simple: “Those who love, care”.
Visit the artist's webiste 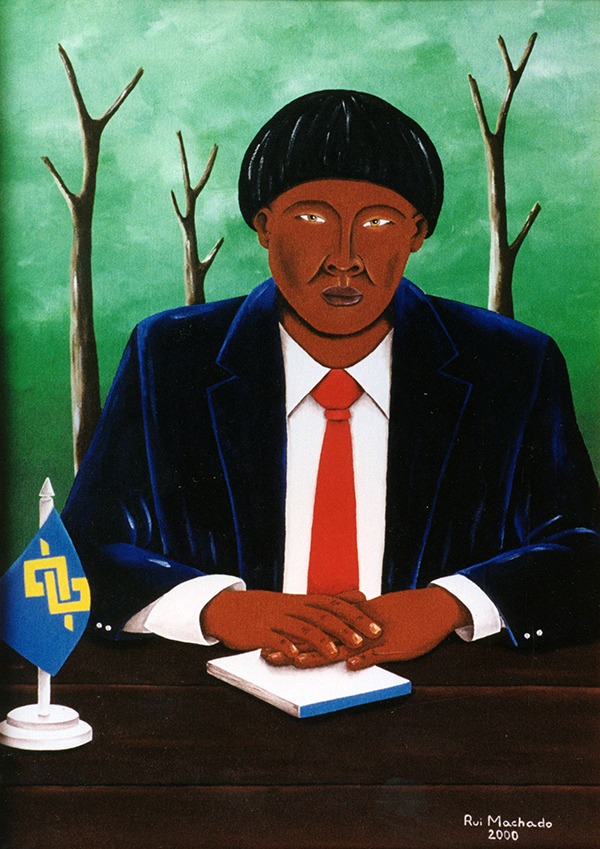