Home
What we are
Knowledge
Art
News
Events
Contact

A meeting between initiatives

The 8th plenary session of the Concertation promoted A meeting between initiatives to present two documents that will be shared with the international community at COP26: An Agenda for the Development of the Amazon (of the Concertation network) and Climate and Development: visions for Brazil 2030 (process supported by the Institute for Climate and Society).
Share
Share on facebook
Share on twitter
Share on linkedin
Share on whatsapp
Share on telegram 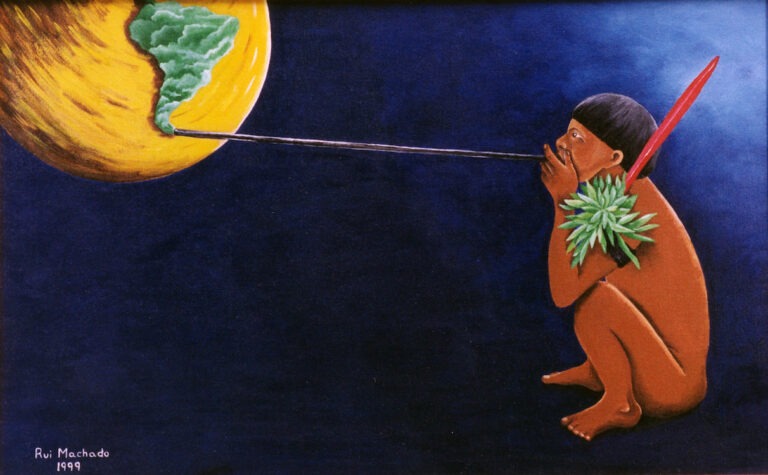 Held on October 18, the plenary session was the center stage for a broad debate and the exchange of ideas about the conclusions and purposes of the studies, and provided participants with the opportunity to watch excerpts of mini documentary Cipó de Jabuti – Stories of the Riverine Communities in the Amazon and talk to co-producer and co-author, young riverine woman Odenilze Ramos.

After 18 months of collective work and hundreds of contributions from different fronts, An Agenda for the Development of the Amazon had its launching announced by Roberto Waack, chair of the Board of Instituto Arapyaú, who noted that the document has the greatest ambition of being thought-raising, rather than definitive.

In turn, document Climate and Development: visions for Brazil 2030 arose from the contribution of over 300 people, including members of the Concertation. For Ana Toni, director of the Institute for Climate and Society (iCS), the study’s main finding is that the Brazilian climate policy does not hold alone, rather, it needs to be part of a development policy that is based on the transition to a low carbon and social justice economy. In addition to the discussions at COP26, the document aims to raise awareness and highlight the electoral debate that will take place in Brazil in 2022.

The study was led by Emilio Lèbre La Rovere (Coordinator of Centro Clima and member of the IPCC) and Natalie Unterstell (Chair of the Board of Instituto Talanoa). Emilio elaborated on the conclusions of the document, which addresses three development scenarios for the country and its emissions, having as goals resuming economic growth, neutralizing emissions by 2050 at the latest, meeting the commitments undertaken in the Paris Agreement, reducing economic inequality and promoting the population’s quality of life.

Natalie Unterstell highlighted that, according to the studies, choosing between development and reducing emissions is not necessary, as even the most ambitious scenario results in economic growth (at least, one that corresponds to the alternative of maintaining the current parameters) and leads to improvement in employment and income.

With speeches much appreciated by all, Odenilze Ramos reported difficulty in speaking of the Amazon populations on account of their invisibility. According to her, who works with youth mobilization and the organization of sustainable tourism projects, climate change is a reality in the region and is already being felt, particularly, by the riverine communities, so, if one wishes to establish dialogue and promote engagement, the narrative must be adapted to this population’s reality.

Participants also discussed the possibility of selling carbon credits of public areas through grants, aiming to preserve the standing forest; the need to reduce livestock emissions; and the worsening of social conditions in the Amazon, which has led to the fraying of the fabric of society and the growing presence of organized crime in the area, having a relevant impact on deforestation.

Regarding these issues, Natalie Unterstell stated that the authors are aware of the current difficulties and complexities, but choose to maintain their ambition and plot ways to promote significant changes towards neutralizing emissions, zero deforestation, income growth and reducing inequalities.